A lot of people use the terms transgender and transsexual interchangeably, including myself so people know what I’m talking about. But, technically there is a difference. Transgender is an umbrella term that includes people whose gender identity or gender expression does not match their assigned birth sex.

This includes people who are transvestites, drag and cross-dress, as well as transsexuals. Transgender is not a sexual orientation. A transsexual is someone whose gender identity doesn’t match their assigned sex. Someone who was born in the wrong body in a sense. Personally, I am a male to female transsexual. I was born a male but identify as a female and needed to transition so my body was congruent with my mind. I can call myself a male to female transsexual, a male to female transgender person, a trans woman, whatever I wish. There shouldn’t be any labels on how you choose to identify. I see myself as a female, but I am trans and cannot change that. So, I’m a trans female. The term transsexual is often seen negatively due to stigma. Many times people refer to the term with sexual connotations, like a sexual fetish. This is why many transsexuals do not like the term and prefer transman, transwoman, or transgender. But regardless, using any is correct since transsexual falls under the transgender umbrella. But also, don’t let labels define who you are. Now, let’s discuss what the other terms are.

Many times these people cross-dress for an event or performance, such as a drag show. Or, it could be just going out somewhere or staying at home. Depending on the individual, they can get sexually aroused by cross-dressing. On the topic of sexual arousal, from personal experience, the first time I started wearing female clothing and especially underwear, it really turned me on. And, seeing myself with the clothing on was very exciting for me, not just sexually. Mainly because things finally felt right to me. It was after about a week or so that the arousal part of it subsided. And now, it doesn’t happen at all. Regarding terms for transgender individuals that I find offensive. Ones that I’ve been called are tranny, shemale, he-she, ladyboy, all those are just offensive terms among many others I’m sure.

They don’t know anything about what it’s like for transgender individuals, the struggle of not fitting in and transitioning. Plus all the discrimination against such individuals is still quite harsh. All of that is why many of those that are trans are scared of coming out and being their true self. But eventually, society will accept everyone for who they are and what they choose to do with their life. And looking back many years ago, a lot of progress has been made, but there is still more that needs to be done for people to accept those that are trans. There is no reason to feel ashamed if you are trans, you just need to learn to accept and love yourself, which can be one of the most difficult things to do, but it’s not impossible. By looking at yourself objectively and realizing that you are not crazy or a weirdo, and discovering that there are others out there that have been through similar situations as you, then it makes you feel less alone and more comfortable with yourself.

GENDER, SEX, and SEXUALITY, contrary to popular belief these three things are totally different like chalk and cheese and chips. The point is, people get confused when it comes to your gender identity and your sexuality and it’s understandable what with the T being part of the LGB community.

Your SEX is determined at birth based upon your bits and bobs. Technical terminology. This isn’t always as black and white as male and female. Some people are intersex, which means they have difference variations of sex characteristics including chromosomes or genitals. Your GENDER IDENTITY exists in the brain and doesn’t always match up with your sex. And then finally we have your SEXUALITY which refers to the gender, or genders, that you’re attracted to. So once upon a time, outwardly I appeared female and I liked girls so society labelled me a lesbian. ‘NEXT!’ and now that I’ve transitioned physically and my outside matches my true gender I’m seen by society as a straight guy, which is how I’ve always identified deep down. But it is important to point out that you can be trans AND gay or trans and bi, or whatever-sexual, just as non-trans people can be. Yeah, of course! In the past people have asked me if I’m not just really a butch lesbian and by saying that they’re making the assumption I fancy girls. And being transgender isn’t an extreme form of being gay. ‘I only wanted a haircut!’ So although stereotypically I am quite boyish, the reason I’ve never seriously considered transitioning is because I never felt any discomfort with my female body parts.

Whereas the main reason I transitioned is because I felt what’s called ‘body dysphoria’ which means my body parts and shape just didn’t feel right, I felt like I should be looking down at a male body. So I hope we’ve helped you to understand the differences between your gender identity, your sex and your sexuality.

In other words, it is the chromosome in you. The genetic sex is determined after the fertilization is over. That is, when the sperm cells carrying the X and Y chromosomes From men When imported into female ovaries with X chromosome. However, until 6-7 weeks after the end of the fertilization process, “XY” and “XX” embryos The gonads are the same. Around the 7th week, Because on the Y chromosome A gene called “SRY” Male sex organs begin to develop. This allows sperm cells to develop towards male sexual characteristics, Produces “testosterone”, Stimulates the penis and testicles Isomale structure Development. At the same time, other cells degenerate female reproductive organs, In order to prevent the development of female sexual characteristics.

This is because the Y chromosome breaks, The broken part swapped positions with the X chromosome. But in fact, the gender differentiation of the brain It is much later than gonad differentiation. Yes, despite the controversy, Brain structure and function of men and women Considerable difference! research shows, Male brain, Cerebellum And hippocampus are usually larger than women. And female The concentration of the left frontal lobe is higher, The right frontal lobe has a larger capacity. So we are in the end In the brains of trans people What will you see? Some studies show that Transgender brains, Whether it is structure or function Are closer to their gender identity, Not physiological sex. One study found that transgender women Although the biological sex at birth is male, Ta’s hippocampus is still a smaller female structure. The MRI scan results also proved that Transgender brain structure Closer in thickness Their empirical characteristics, not physical sex.

Eventually, androstenone (male pheromone) caused Different hypothalamic reactions in the male and female brains. In this case, the “gender anxious” individual’s hypothalamic reaction Fit with their perceived gender rather than their physical gender. These studies help us present such a thing: The virilization and feminization of gonads Does not always match the brain, Moreover, your sexual characteristics, anatomy With your gender, or your perception of your body, There are differences. In addition, the characteristics of transgender people It also seems to be related to genetic makeup. Let’s look at family history, The gender characteristics in the family are consistent, In other words, gender characteristics may be inherited. Controls the body’s sex hormone levels “CYP17” gene, Has a variant allele, It often occurs in transgender men.

Although there is a need for more in-depth research support, But scientists have now observed Over 3 million genetic markers with transgender characteristics, To study the relationship between transgender and genes. However, although scientific research has Confirmed the rationality of the transgender experience, There are still many transgender people experiencing More severe depression and anxiety than the general public. Transgender suicide probability Bigger than the average person, When they are not accepted by the family, At work and in the medical system When suffering discrimination. Probability of suicide It will decrease after transgender people have completed transsexual surgery. In other words, gender anxiety may cause Extreme emotional and psychological pain, It even led to suicide. If you, or your family, friends Is experiencing gender anxiety, Here are a few links Provide you with more information. Gigi, thank you so much It’s time to record this video. This is too important for us! Glad you can do this with us. thank you Use your channel, your platform, The science behind the experience of science transgender people, This brings us one step closer to gender equality. 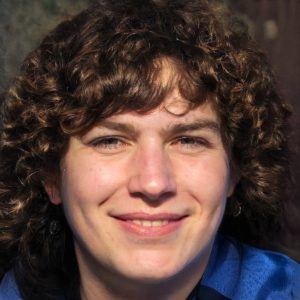 Like what you see? Do you want to contribute? Have anything to say? Email me at Shanice@amateur-shemales.com